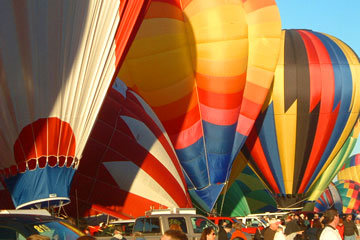 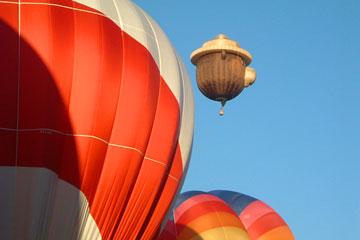 The balloon festival at Albuquerque in New Mexico is the biggest in the world, and takes place every year in autumn. These photos are from last year, when we attended the event. Watching over 700 balloons take off in wave after wave is a breath-taking sight.

The launch field is organised chaos! Unlike in the UK, spectators are allowed to walk around freely among the balloons, which makes it a very friendly festival. When it’s time to take-off the pilots have to exercise special care. Looks like Smokey the Bear – wearing his hat – launched successfully ! 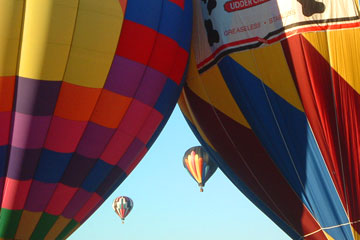 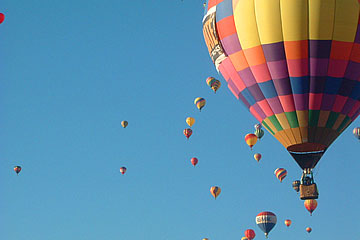 Pilots and spectators come from all around the world to take part in the festivities at Albuquerque. The whole city seems to be taken over by balloon crews for a 2 week period. The festival makes claim to being “the most photographed event in the world”. The smells of engine oil, propane, leather, and wicker mixes with the aromas of candyfloss and roasting chicken coming from the neighbouring fairground. 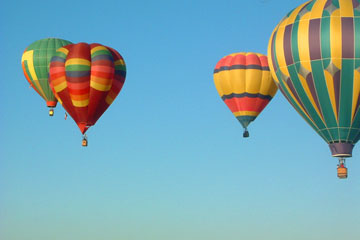 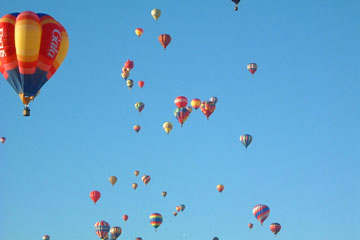 After a mass launch the early morning sky fills with balloons of all shapes and sizes. The sounds of the burners passing overhead compete with the noise of the inflation fans on the ground and the appreciative noises coming from the crowds. The organisers reckon there are tens of thousands of spectators every year. 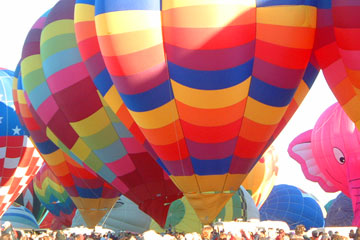 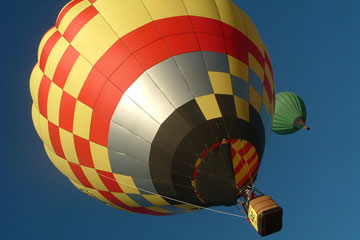 The different colours on display are phenomenal, and some groups come with 3 or 4 different balloons that fly together. Flying at Albuquerque can be a challenge, depending on the wind direction. If the wind is light and takes you directly over the city, landing spaces can be few and far between. It takes a skilled pilot to put the balloon down in a parking lot or a public park ! 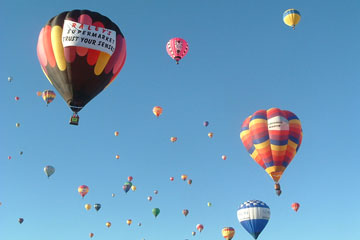 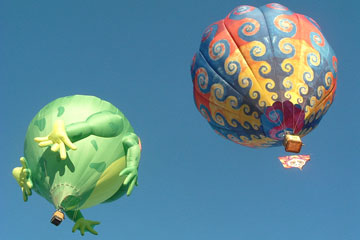 Amongst the many hundreds of balloons are various eccentric ones, including large numbers of special shapes. On the right hand photo we have a frog and a tie-died hippy balloon flying an anti-war banner ! 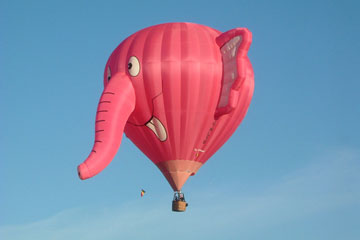 The Rainforest Tree, and the Pink Elephant. The special shaped balloons are very popular in Albuquerque, and are probably the most photographed balloons taking part in the festival. 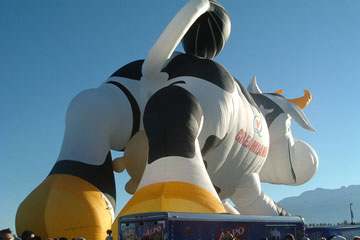 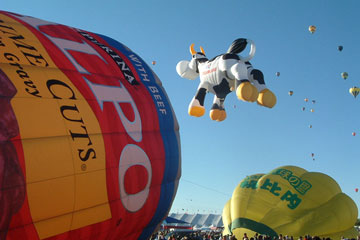 This is the “Big Daddy” of them all, and always attracts a huge amount of attention. The flying cow is enormous. It’s slightly difficult to see the basket in these photos, but it hangs down beneath the cow’s belly, hanging very slightly lower than the bottom of the legs. In the right hand photo you can see a flying tin of dog food being inflated in the foreground ! 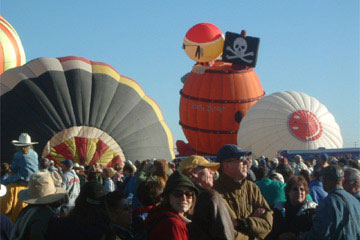 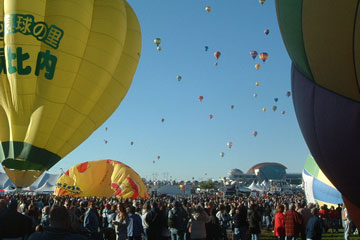 You can get a feel for the size of the festival from the right hand photo – tens of thousands of people come each day. This photo also gives a good impression of the skill needed from a pilot to take off in such challenging conditions with hundreds of people very close to each balloon. 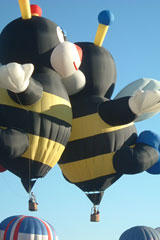 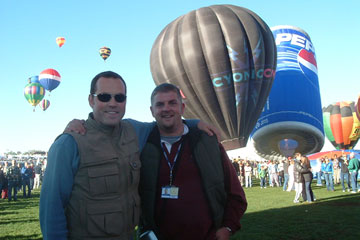 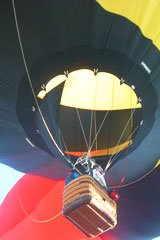 One of our pilots and our Chief Technical Advisor getting involved in a morning take off at the Albuquerque Balloon Festival. This photo was taken at 6.30 in the morning, and it was still chilly! A can of Pepsi is taking off in the background.